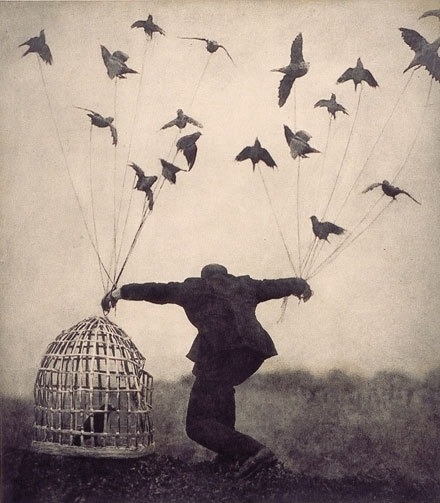 This post was inspired by a Facebook group I was once a member of. The group was made for gay women specifically. I don’t remember what it was called, but I do remember why I left.

The admins of the group had a habit of posting messages they’ve received from supporters and one of the messages was from a lady who was saying how she didn’t always used to support gay rights, but this group and other things have made her change her mind over time… her latest stance was that even though she still believed being gay was a sin (according to her religion) she now thinks that gay people should be allowed to live their lives, whatever their personal choices.

What was astounding was that people in the group (people who are part of the LGBTQ community) were all patting this person on the back for her show of empathy, as though this person had given them all the understanding they could ever hope to receive from a gay rights supporter – a fine example to how others should be as well.

None of them were thinking about the fact that this woman still harboured the idea in her head that gay people were somehow less than her, that they were sinful, that their actions were ultimately immoral. How is this in any way synonymous with support?

If they were patting her on the back for being on her way to opening her mind, I would understand. But if they were implying that she had no more to learn or that there was nothing left for her to alter in her ideology, then there’s a serious misunderstanding going on between the two. They think she’s fully supporting them, and she thinks she’s reached a sort of harmonious ‘compromise’ between her ‘duty to God’ and other people’s expectations of her. But really, it’s no different than saying that gay people can love whoever they want, but “marriage should only be between a man and a woman” (some girl from Texas actually wrote this on her Facebook status and her bigot friends all Liked it. She used to be my friend but I deleted her the second I saw that. I was too shocked and angry to think of a coherent response at the time)

My delayed reaction: (She gets to be happy with her boyfriend, she gets Marriage AND she gets Paradise…because she likes dick? Because her sexual orientation HAPPENS to be straight? So that’s her grand definition of Love (male sex organ + female sex organ?) – that’s her definition of what makes a human being worthy of Heaven, of Marriage, of Full Human Rights?? That’s an insult not only to gay relationships but to ALL RELATIONSHIPS – to Love itself.) Growing up surrounded by bigots is not an excuse to resist thinking for yourself…

OK. Back to the first woman. She was basically acting like she was being the ‘better’ person by ‘letting’ gay people live freely even though deep down she saw them as stray sheep and herself as the obedient, virtuous child that was on the “right path.”

These people don’t realize how destructive their opinions can be when voiced out loud. It’s one thing to keep thoughts like that in your head, but to go around saying it casually to oppressed groups that have fought so long privately and publicly to be acknowledged and accepted just the way they are, it’s an injustice. None of these people think about the long-term affects their remarks have on the gay community – specifically on the young people that are yet to come out of the closet.

I was trying to think of a metaphor to better describe this. Then I thought it’s like if some birds in a pet shop somehow managed to open their cages and fly away. (Let’s say these birds were unusually intelligent and could understand ‘human talk’). The owners would consider it a setback to their plans but they’d be extra cautious of the ones that were still in their cages. They’d say that’s ok, they can’t do anything about those who have freed themselves… but they could still keep the ones that are in their cages tightly locked away so that they don’t join the others, threatening them with the idea that escape would mean having to starve in the wild (no more bird feed, no more certainty of sustenance). Which remaining bird would try to spread its wings after hearing that?

Do you get what I am trying to say? Even if these people that say these insensitive things don’t intend to cage others, that is one of the invisible side effects of their words and views. What I mean is that there is a chance that these biased and negative views are internalized by young, closeted LGBTQ people, and that they might keep them from even realizing that they are closeted.

The fact is, regardless of your intentions, as long as you express such destructive views, you’re not a TRUE supporter. So quit deluding yourself that you are. The only reason you don’t condemn gay people outright is because it is INCONVENIENT for you to do so. More and more people are supporting gay rights, and in today’s rapidly changing culture, if you choose to continue to openly discriminate, you’re bound to be criticized more often than applauded (unless, like that Texas girl I mentioned, you’re surrounded by bigots all round).

You give us some but deny us other stuff, like we’re less than human. For WHAT? For not desiring to rub our body parts against that of the opposite sex? Because when it comes down to it THAT’S what it’s all about, isn’t it? We all know that Love is about so much more than just sex… But this, this body thing, is really the only difference… so people hold onto that. But if you think about it, it’s laughable. It’s laughable that someone would think they’re a more moral, upstanding, well-rounded, person because of what they do in bed. And that they are being selfless, generous, open-minded people by choosing to give us 90 percent of our rights, while keeping the other 10 percent for themselves. Do you realize how arbitrary all this is? If your God said instead that most people should be gay and straight relationships are ‘sinful’, then would you understand? Would you THINK a little more before you make your careless commentary? Considering many of the other illogical and repressive rules of religion, who’s to say it couldn’t EASILY be the other way around? (if God was a gay bigot instead of a straight bigot)

All I have to say to the ’90 percent’ gay rights supporters out there is, YOU EITHER SUPPORT US 100 PERCENT OR YOU DON’T AT ALL. Because we deserve nothing less than that. I don’t know about other people, but I’m not going to pat you on the back if you tell me it’s alright to be gay, while simultaneously expressing that you think its “sinful”. (Sadly, my girlfriend’s mother also thinks this way…) There’s nothing enlightened about that sort of opinion. It’s just a sly way of trying to ‘fit in’ with the changing culture, without leaving behind your private sense of privilege. A bigot’s way of having both that 10 extra percent AND being seen as anything other than a selfish bigot by others.

You don’t fool me.

Why should young closeted people have to remain in that darkness because you burden them with your own internalized feelings of shame? It’s much easier for you to keep your ignorance to yourself than for those people to fight it. As if they don’t already have enough to fight in their journey to set themselves free of worldwide ignorance.

You really want to support gay people? Open your mind. Open your eyes to the inconsistencies in religious views, to the random nature of it. And consider the possibility that what WE do in our private lives might just be AS NATURAL AS what YOU do in yours. Consider that every word you say might help add another lock to the cage of a struggling young person.

I want to clarify something: I believe in God and consider myself to be a very spiritual person. I even believe in Heaven and everything. This isn’t an anti-God blog. It’s an anti-hypocrite blog.

I don’t believe for a second that God would think being gay is a sin. I feel that he has led me in the direction of coming out, personally guided me there all throughout my life, by one hint or other. God was there for me, when people weren’t.

But let’s assume for a second that there is a God out there as biased as you people make him out to be. Do you honestly think that following that kind of God makes you better human beings than those who reject his views? Do you think it takes Courage to be an unthinking follower of an unjust God? The kind of courage that deserves Heaven as a reward?

By throwing around these mixed messages, you’re potentially causing more damage than helping LGBTQ people – especially to still closeted ones. That 10 percent you withhold from those who lead a different personal life than yours is the most important portion of human rights. It doesn’t matter what else you ‘grant’ us. As long as you refuse to remove ALL stigma (both moral and sexual) from your opinions about gay people, they’re better off kept to yourself. 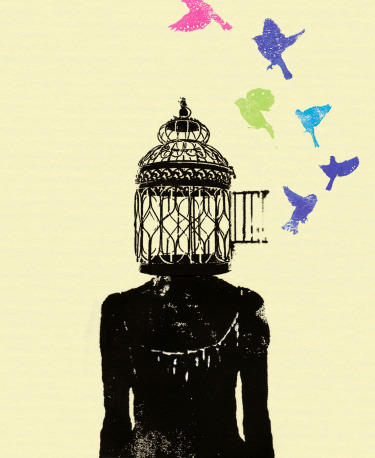