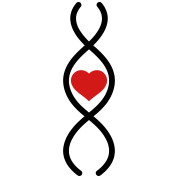 -Because Love has many offshoots. Pretending that some don’t exist is like pretending that an ‘illegitimate’ child is somehow less connected to their parent, and that only the ones made under socially acceptable conditions are their true children. ‘illegitimate’ kids may have been marginalized throughout history, but outside of social stigma, they’d be equal in every way to the children made under ‘socially acceptable’ circumstances.

-Stigma is a hurtful construct. Love is inspiring and natural.

-Because when you encourage people to forsake their #1 for a second best, no one ends up happy.  And someone’s #1 could be their cousin.

-Because I’ve known what it’s like to have people try to push socially constructed identities onto me, while disregarding the real me, intentionally or otherwise. I want to help validate other people’s identities so they never have to experience the kind of self-denial that would keep them from realizing who they really are and what they really want.

-Because Love is Love. And if you really mean that phrase, you should be able to extend that understanding to other sexual minorities. Otherwise what you’re really saying is “My Love is Love. Your Love is Not.” How many homophobes have said that of your gay relationship? How many racists have implied that of your interracial relationship? Why would you do that to someone else? The lack of a specific word for discrimination against cousin couples doesn’t make your prejudice any less discriminatory.

-It doesn’t happen to everyone but when it does it’s usually because it’s meant to be.

I will add more to this post now and then.

-There are a lot of myths around the love between cousin couples. If you take the time to investigate those myths you’d see them for what they really are – myths! If you believe that someone can only fall for their cousin due to manipulation, you are disrespecting that person’s voice, their ability to speak and choose for themselves. YOU are the one inadvertently manipulating them, telling them how they should feel, which of their feelings are their own and which are not.