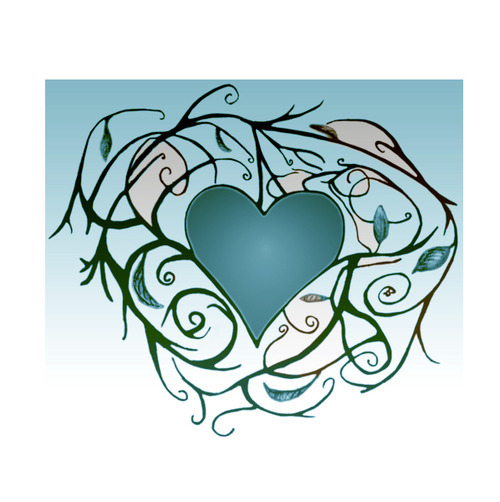 Intro: I am posting here the results of an interview I conducted by e-mail with someone who is a descendent of cousin marriage. This is for the benefit of those who might find this information helpful in seeing what kind of factors they may need to consider if/when deciding to make a family of their own.

Any opinions or facts expressed here should be taken as the experience of one individual. The opinions of others with similar family lineages may vary based on where they grew up, cultural background, family dynamics, personal world-view, and the varying levels of stigma they may be exposed to. It should also be noted that the genetics risks for a single generation cousin marriage differs from the risks in families with several intermarriages in them. Social conditions are important to consider when making a family, but incorporating genetic counseling into any decision-making process is the best way to have a more complete idea of what you can expect in the future.

1. To begin with, what is your age? Gender? And sexual orientation?

My grandparents were 1st cousins once removed. My grandfather used to joke about their relationship when my cousins and I were growing up. He used to say that my grandmother was more Smith (not our actual surname) than he was, because both her grandfathers were Smiths, while only one of his grandfathers was a Smith. It’s possible they were also related another way, but my research into our family ‘tree’ isn’t very far along. I frequently joke with my cousins and other friends and family that our family tree is more like a family ‘wreath’. 🙂

3. How old were you when you first found out about the intermarriage or intermarriages? How did you find out? (e.g. did someone tell you directly or did you figure it out by accident?)

I was a child, but I didn’t really understand the significance until I was an adult. It was not a secret, everyone in the family knew. It wasn’t just my family, most of the other families in the area had intermarried as well due to the smallness of the gene pool. In fact, everyone in that area is interrelated. For example, one cousin (I’ll call her ‘Janet’) is my 1st cousin once removed through her father (i.e. she and my father are first cousins), and she’s my 5th cousin through her mother. I’m not sure if that’s the correct terminology for that relationship by the way. Her grandmother and I, we’re third cousins, if that helps. See? It gets confusing!

4. What was your initial reaction? Has that reaction changed over time or has it stayed the same?

Surprise was my initial reaction. But that just made their entire relationship seem more magical and special to me since they’d grown up together and knew each other their entire lives. I haven’t been surprised by it since I initially realized they were relatives.

5. Do any of your friends know about the cousin marriages in your family? How have they reacted?

Yes. I only have a few friends, but they all know. I tell them. I find it interesting and these days, seemingly, unusual. I’m actually proud of my family’s ‘closeness’. Mostly my friends express surprise. If they felt anything negative, they never mentioned it. I realized a long time ago that it’s not everyone’s bag-of-fun, so I always make sure they know that I don’t care what they think and they’re entitled to their opinion, but at the time it happened, it was QUITE common in most small communities, and they may have some similar marriages in their own background they just don’t know about. One of my best friends was my first cousin, so he really couldn’t say anything bad. 🙂

6. Do you experience social stigma from your friends or others in your family because of your lineage? If so, how do you deal with it?

Nope. Everyone knows all about it. See above. 🙂

7. Would you consider yourself to be physically and mentally healthy? Do you have any defects (mental or physical) that has been confirmed to be a result of the consanguinity of your ancestors?

I’m healthy, mostly, but I do have some inherited issues. I have degenerative disc disease. I have the spine of a 90 year old man. I became permanently disabled at the age of 42, the same age that my father became permanently disabled by the same condition. My grandfather also had the same condition. However, I think it’s just one of those things. None of my other male cousins (5 of them) have reported any of the same problems. Mentally, I’ve had issues, but, again, no one else in the family has ever reported any of the same issues as far as I know. Now, I did have an uncle who was developmentally disabled from birth. He died back in the 60s when he was in his mid 30s. I was told he never developed mentally past the age of 6 months.

Most of my mental issues stem from being sexually abused on and off for 11 years by one of my older male cousins. Yes, I’m an incest/sexual abuse survivor. I’ve been diagnosed with PTSD, manic-depression, etc. I’m actually sometimes amazed at how normal I am.

8. What would you say about your quality of life? (e.g. are you happy with life in general? does the stigma around cousin marriage affect you negatively in any way?)

Perfectly happy except for the back issues. I had a great career until I became disabled, I had an outstanding education. My family loves me. I feel pretty much blessed most of the time. I’ve never experienced any stigma. In fact it’s legal for first cousins to marry where I live, so grandma and grandpa’s marriage wasn’t even that close. As far as I can tell from my current knowledge!  😉

9. How do you relate to those cousin couples in your family? Do you get along with them? Do you feel there is a difference in the way they play their grandparent or parental roles in comparison to non-related grandparents or parents?

Everything’s cool. Everyone loved and respected my grandparents. The only time there was a problem was, recently, when two of my 1st cousins once-removed got married a couple of years ago. They were first cousins to each other and had the same last name. The reason most of the family disapproved was because they were both in the ‘trash’ branch of the family and the male cousin was like 20 years older than the female cousin. I actually had more of a problem with the fact that he’s a loser and she’s a loser and together they were a couple of losers. 🙂 They weren’t married long. Like a year, I think.

10. Does your lineage affect your dating life? (e.g. Do you feel it’s harder to find a partner who is accepting of your family history? Do you experience rejection from potential sexual partners based on your origins?)

The only problems I had in my dating life were caused by my own shyness and mistrust of women. I always tried to be honest and open about my family, so when talking about them, I always brought up the intermarriage. I’m proud of my family and would never try to hide the intermarriage. I haven’t had a lot of partners, because I tend to get involved fairly quickly if the other person is ‘into’ me. But, no one has ever said “I can’t be with you because some of your family members married each other.” I don’t think I would have stood for that any way.

11. What country or state do you come from? (if you want to share) Is there anything else you’d like to add about cousin marriage in general or about being a descendant of one or more cousin couples?

U.S. I’m going to be vague but you can probably figure out the state from vague hints in this email. It’s a state in the southeast part, and it was one of the original 13 colonies. We’re from the part of the state where the mountains are. 😉 I guess you COULD make jokes about inbred hillbillies and there’d be a *certain* amount of truth to that.

As I said, I’m pleased as punch to be a member of my family, I love almost all of my relatives (not THAT way though!) and I’m not at all ashamed.

12. What type of marriages were the cousin marriages in your family? (e.g. were they arranged? based on mutual desire and love? a marriage of convenience?)

All based on love, though I’ve heard my grandfather and grandmother’s marriage was a ‘shotgun’ wedding. Grandpa got grandma knocked up and had to do the ‘honorable thing’ and marry her. He didn’t deny he had been with her, but he had such a horrible childhood and, based on the behavior of his mother and sisters, he assumed all women were lying whores. Grandpa accused my grandma of trying to slip a ringer in on him and, apparently, claimed for years my oldest uncle was not his son. (Long story). He did love her, and she loved him with all her heart. They were married for over 60 years, and I never heard him treat her badly. Though I heard stories about when he was younger that curled my toes. Again, too long of a story!

13. Is there anything else you’d like to add about cousin marriage in general or about being a descendant of one or more cousin couples?

Not really. I just think you love who you love and you should be free to be with that person if you’re both consenting adults. Who really cares? It’s nobody’s bidness. 😉