[This is an old post from Tumblr, originally posted in July 2014] 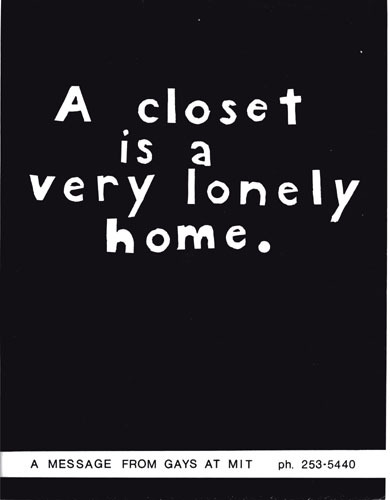 As you would know, there are many different kinds of coming out; coming out to your friends, family, co-workers, etc. And the act of coming out is a lifelong process… But in this blog, I am going to try and give a few tips that might help you figure out How To Come Out To Yourself. Some people find coming out to family or friends to be the most difficult thing, but from my experience, coming out to myself was the hardest step of all. Once you’re past that, you can take your time with the rest.

In order to get anywhere in your path of self-discovery, you need to start peeling layers – the layers of denial. If you go to YouTube and type in ‘Coming Out’ on the search bar, you will get pages upon pages of LGBTQ people sharing their personal stories. If you are questioning your gender, there are lots of Trans or genderqueer Coming Out stories as well.

If you are confident that you are straight and cisgendered, then you should be able to hear these stories and not feel anxious? Right?

If you do feel anxious, restless, or uncomfortable while hearing about gay people coming out, it maybe a sign that you are suffering from Internal Homophobia. (This is when you go out of your way to avoid LGBT stuff because you are secretly lesbian or gay or trans yourself). Internal homophobia can indicate that you have a fragile sense of self, that you are struggling to keep together a false visage so desperately that it is in danger of falling apart with the slightest contradiction.

For me it was a long process, but what finally tipped me over the edge and helped me make up my mind to come out was actually a YouTube video. I tried to find it again to thank the person who made it, but it was gone. In it, a woman was talking about coming out as intersex. She referred to a book called “Beautiful Lies” (I think it’s the one by Lisa Unger).

She said that everyone grows up being given a role. The people in your family act out their roles like in a play and they expect you to do the same with your assigned part (e.g. that of a straight, cisgender person). If you decide that you want a different role, everything has to be restructured again to take that change into account. The worst that can happen is they kick you out of the play… or… they rewrite it so that you can play the role of your choice, and life goes on. If you go on playing the role they gave you, the one that doesn’t suit you, the structure won’t be shaken, but you will be living a lie. And ultimately, you will be the one who is unhappy.

After seeing this, I asked myself some questions. If you are questioning your sexuality, try asking yourself these questions. Remember, no one needs to know. This self-examination is between you and yourself, in your head. No one has to know the results unless you want them to. So be as honest as possible with the answers:

✭1. How did you picture your future when you were
little? (Getting married? Having kids with the opposite sex? Playing a cisgendered, heterosexual role your whole life?)

✭2. Did you ever have any secret fantasies you never told anyone about? (Wanting to BE the opposite sex yourself? Fantasizing about the same sex?)

✭5. If you were to come out as gay, what is the WORST that can happen? (Who would you disappoint? Would family disown you? Will you lose friends?)

✭6. If you were to come out, what is the BEST that can happen? (Can you be happier? Can you finally explore all those urges and desires you’ve so long pretended weren’t really yours? Can you build a more authentic, honest kind of future for yourself? Will you feel more alive and autonomous, rather than resigned and repressed? Will you gain new friends you can be yourself around?)

✭7. Did you look forward to your originally pictured Future? Or did you look upon it as a kind of inevitable ‘fate’?

✭8. Lastly. Can you let go of your originally pictured Future if it means having a New Future you can build from scratch? (Marrying a Same sex partner, having children with them through adoption or other means, having sex the way you want, etc)

If you answer these questions and others honestly, you might be able to come out to yourself. After that, it is up to you to decide what you are going to do with this new knowledge.

You may find you need to come out of a closet within a closet within a closet… You may come out as bi first, then gay, then Trans (pretty much my journey) – as you overcome one internal phobia at a time… so don’t stop peeling those layers until you’re absolutely sure you have reached your core. Some people go on discovering new things about their sexuality all throughout their life. That’s why they say ‘sexuality is Fluid.’

You deserve to be happy, to define your own happiness. Someone has given you a role because they think that’s what you should want. If you never ask yourself, you will never know. And you will live your life feeling a kind of emptiness and lack of enthusiasm where passion and fulfillment should be.

Sooner or later you’re bound to see that deceiving yourself is a lot harder to do than deceiving other people.