[This is an old post from Tumblr, first posted in July 2014. This was actually my very first blog post and the reason behind starting this blog.]

When it comes to subjects or themes that have social stigma attached to them, it is rare to see them explored in fiction with neutrality. Have you ever watched a film or tv show in which love between cousins is referred to as something distasteful? Something that only unsophisticated, backwards people would engage in?

I’ll give a few examples… In the movie Sweet Home Alabama (which I love to the most part, except for this one bit), there was a fleeting moment of misunderstanding where the main character’s new boyfriend thought that she had once been married to her cousin. Of course, this was a misunderstanding, but his reaction of shock implied that this possibility alone was worse than the fact that she had not told him she had been married before. Then there’s the sitcom, Big Bang Theory (I also enjoy this show, but I hate this one reference), where the character Howard mentions that he had slept with his cousin once. His friends are disturbed by this fact, as well as his girlfriend Bernadette. It’s used as a point of ridicule by everyone who hears of it throughout the show, since it’s mentioned more than once. Howard himself says it like it’s something he half regrets, purely for it’s being a socially unacceptable act rather than any other reason. I am sure there are lots of other examples, though I can’t remember right now off the top of my head. But I know that (in modern fiction or media at least) this topic is rarely mentioned in a neutral tone or with any kind of true empathy.

There are also many instances in other films, books, or shows where there are ‘gay’ moments, used mostly to tease the audience, because we all know perfectly well that the characters having these moments are straight in the context of the story. I’ve seen this in anime alot, where we are given blatantly obvious fan service scenes where two girls are in scantily dressed poses together, lingering at the edges of a potential sexual encounter between the two – feeding just enough to the imagination without committing to anything. These kinds of scenes must be what inspires Yuri mangas focusing on exploring the ‘possibilities’ further. I love Yaoi and some Yuri, when done tastefully, but it leaves me feeling empty when I see pairings between characters that don’t even have any chemistry on the actual show. It’s as if the creators are saying, ‘don’t worry, guys. this is not real. you know it, we know it. so just enjoy this ‘alternative’, non-cannon diversion. it can never be anything more.’ And then there are shows in which two same sex characters do have chemistry with each other, but it is never made clear whether or not they are actually gay.

Now, I am not saying that these kinds of representations are completely useless. They can serve a purpose within the story itself – to show the prejudices of the society the characters inhabit, or to imply that even straight people are capable of having ‘gay’ moments but still be straight at the end of the day… And some characters will be really twisted and abhorrent while having these types of relationships. That’s ok. These representations can be valid in and of themselves, objectively speaking. Where it becomes an issue, I think, is when they become the most prominent and frequently portrayed versions of these relations for all to see.

This pattern projects a very negative view of LGBTQ and consanguineous relationships, making them seem transient, wrong, or downright non-existent. In the long-run, they can end up hurting minorities in real life. Whether intentionally or unintentionally, some artists seem to mold their work to shame marginalized people into giving up what is right for them, be it a lifestyle or a partner. It is no less than bullying on a large scale. The world gets together and bullies those who are different from them, making it hard for those minorities to seek refuge from their realities even in the worlds of fiction.

Fiction feeds into people’s existing prejudices and people’s existing prejudices inevitably shape fiction. This has been one destructive cycle (among many others) that is largely responsible for the stigmas minorities face day to day. One way I see that people have been breaking this cycle is by creating art that offers an alternate view/treatment of these subjects – stories, poetry, paintings, songs, films, characters – that delve deeper into the meanings of these ‘unconventional’ actions and thoughts, helping to present them in a more balance way, educating people on the realities, rather than just using the topics to reinforce misconceptions and endorse myths.

This is one way we can fight back. It will be difficult to convince people at first, but if enough of us touch upon these topics with sincerity and empathy through art, then we have a chance at discrediting the myths over time.

Coming from people who have experienced these stigmas first hand, the Fictions we create have a better chance of being authentic, and therefore powerful enough to overturn the less than mediocre, half-hearted, uninformed explorations of these subjects that currently flood the mainstream. 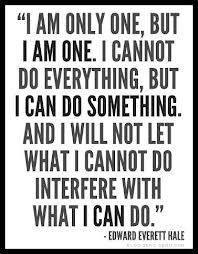 What are some films/books/shows in which you feel these topics have not been treated honestly or with dignity? What are some that have done the opposite?

-Here is a short LIST OF FILMS that I personally feel handles some of these topics well.